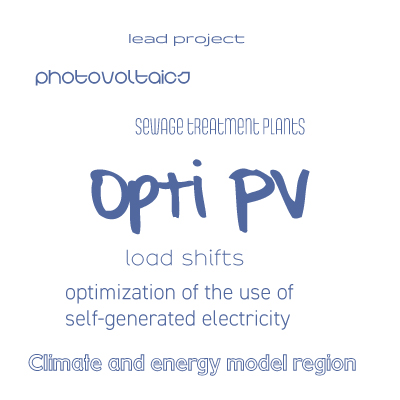 This project is funded by the Climate and Energy Fund within the research programme „KLIMA- und ENERGIEMODELLREGIONEN“.

The starting point for the lead project of the climate and energy model region “Das ökoEnergieland” was the fact that photovoltaic systems are already installed in many sewage treatment plants to cover the base load. The photovoltaic systems are usually dimensioned in such a way that, due to the generation characteristics, there is as little energy surplus as possible. However, this also means that the generation plants can only cover a small percentage of the total electricity demand of the sewage treatment plants.

The aim of the project was to identify load shifting potential in aggregates of sewage treatment plants, which can be used to increase the use of self-generated PV power.